The presence of tourists in national parks has a positive impact on the areas. Having more eyes on the ground means that guests provide imperative safety against poaching and other malice on the environment and wildlife. In addition, every guest provides necessary funds towards conservation and community enrichment. In return, we get the chance to observe wildlife and relax in the stillness of the natural environment.

Our in-camp wildlife visitors are the real celebrities – the wildlife that make your visits worthwhile. From an elephant who stands on his hind legs for food to a renowned lion who was tragically hunted and the legacy he left behind, here are a few of the stars in our camps.

The story of Cecil is legendary – a sad one that brought on a great step forward in conservation. It’s a story that is ongoing and a legacy that is carried on through his descendants. Cecil roamed the Somalisa area in Hwange National Park and there have been various successors, including Bhubesi and the more recent Humba & Netsai who have mated with Cecil’s daughters and kept the family tree going. We are so invested we wrote a two part series on the story of Cecil and the pride that came after him. read them here – part 1 & part 2. 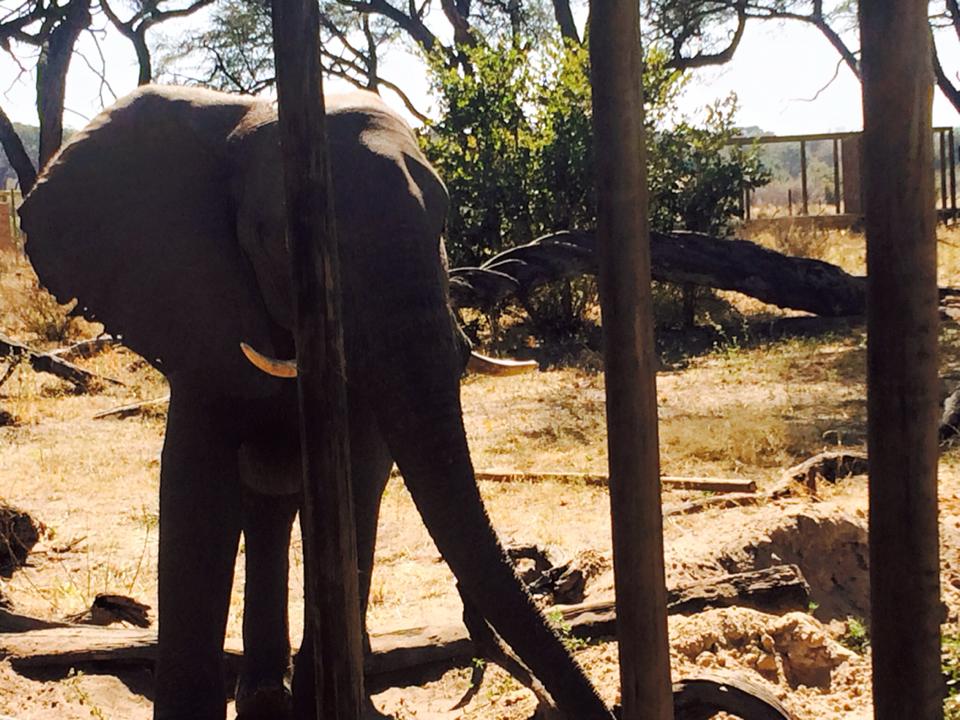 Cecil the lion isn’t the only famous animal around in Hwange national park. At Somalisa, ‘Warthog’ is a very well known and slightly unusual elephant that started visiting Somalisa when it was being built. His small tusks stick out to the side, very similar to that of a warthog, and hence his name. The elephant pool at Somalisa Camp provides the rare opportunity for you to get as close as possible to a wild elephant as you ever will be. Those of you that have been lucky enough to experience this will appreciate the magnitude of being in arms reach of a 7 ton beast. Those of you that haven’t, well, what a breath taking thrill to look forward to.

In Mana Pools, giants walk the earth and Boswell rains as king of the beasts. This magnificent elephant is a titanic specimen that makes the hairs stand up on any guest that comes across him. Boswell has become famous across Africa not just for his size but because of an astounding trick where he stands on his hind feet to reach the top branches. Our exceptional guides at Zambezi expeditions can take you on the adventure of a lifetime as you put your boots on and track these extraordinary animals in the heart of Africa.

Boswell is not the only resident celebrity in Mana Pools. Mich is a hippo that thinks he’s a human. Mitch lives a the stretch of the Zambezi River right in front of Zambezi Expeditions, but tends to spend a lot of his time around camp. And why wouldn’t you? What a beautiful camp it is. A particular favourite of his is to curl up next to the fire. In fact, one early morning, our host Sebastian, was collecting firewood and in the darkness grabbed what he thought was a log but ended up getting a fright realising it was Mitch’s leg. A hippo might not be everyone’s first choice of pet but we are always very happy to have Mitch as part of the family.

Have you met “Big Boy”? Big Boy is our resident male leopard in the Linyanti area. He roams and runs the territory and even though leopards are usually solitary animals he seems to explores and patrols the area with his son, ‘Junior’.